I was eight miles into a 13-mile run last Sunday, and I literally felt like I had peed my pants 16 times already.  It was that humid, and I normally don't sweat a ton when I run.  However, that day was a dreaming-of-ice cream-and-ice cold-coke suffer fest.  Nothing about it felt awesome, and it was a day that makes you ask, "Why am I doing this?"  Then I was reminded...

At the end of the greenway, I saw a mini-dude riding his Strider bike.  My immediate thought was, "Who is that?!  No one that little rides a bike as well as my Logan!" <-- I'm definitely NOT competitive.  That's when I realized it WAS my Logan (duh!).  My hubby and boys surprised me and met me out on my run, and my entire mindset immediately changed.  When I saw Logan's ear-to-ear smile and heard him say, "Mommy!  You're running!  You're fast, but I'm faster!", it filled me with so much energy and pride.  We took a quick goldfish-snack break before then riding and running alongside each other.  What began as a less-than-stellar run turned into one heckuva great one thanks to my boys. 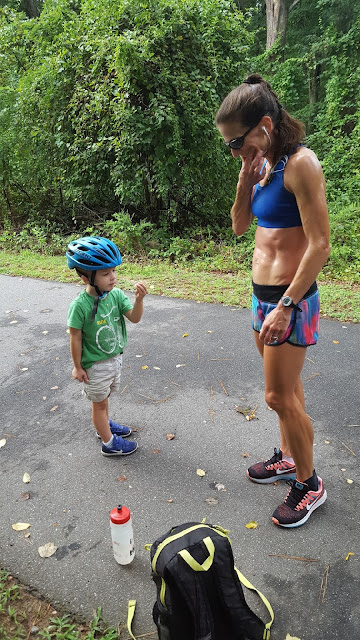 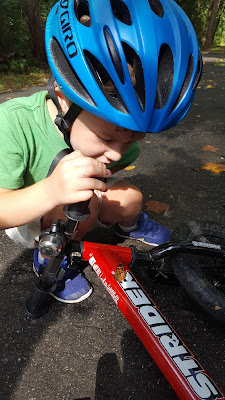 "Butterfly on my bike!"

After my race last month, all Logan wanted to do the rest of the day was "race".  He stripped down to just his underwear (because he apparently thinks my spandex shorts are underwear?) and ran sprints back and forth across my brother's cool Connecticut front lawn, proclaiming over and over again, "Mommy, I'm fast!  Mommy, I'm sweating!"  ...and just like he was my biggest, curious fan that morning, I was now his, cheering him on all the way.

This past weekend, Mike and Logan went on a camping adventure, so Cooper and I held down the fort.  We went to the park on Sunday morning and ran for an hour together.  About halfway through, Cooper farted.  LOUD.  We were smack in the middle of a crowded Country Park, and I'm sure many passersby thought it was me (who was of course immediately embarrassed).  Even Cooper himself was laughing (<-- lil' booger!).  Then in that moment, I thought to myself, "That's right, Cooper, who gives a shit what anyone thinks!?"  When finally done and stretching back in the parking lot, I looked over to see if Cooper had fallen asleep.  Instead, I was proud to see my smiling, eight-month-old boy mimicking me with his legs stretched straight up into the air.  On that morning, we both taught each other something. 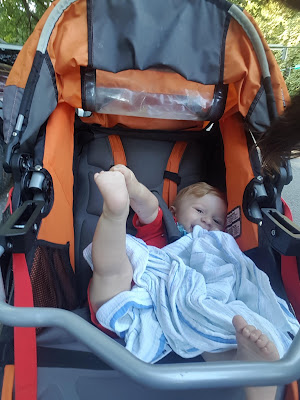 I have moments of guilt in my running, just as I'm sure all parents with individual passions and goals do.  It's typically a fleeting thought though, because then I remember the competitive look in Logan's eyes and the happy smile on Cooper's face when they watch me.  We're hopefully raising our boys to be strong, confident, independent men through our athletics.  The bond I share with them is simply stronger because of my running; not only are they learning from me, but they're teaching and reminding me of so much in the process.  So sure, I have goals, and I train hard to reach them, but my running now has a bigger purpose.  I run for my boys. 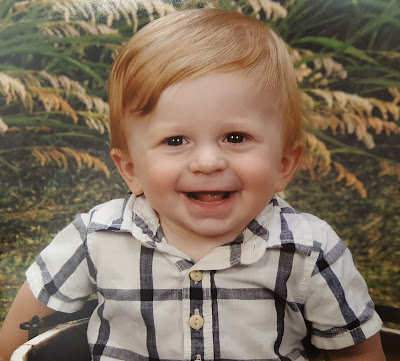 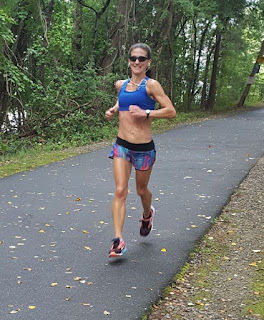