It's okay that I decided to forgo a spring marathon.  No, really, it is.  It's okay that I just emailed the Wrightsville Beach Marathon race director telling him I won't be on the start line.  Seriously, it's cool.  Ehhh, who am I kidding.  It f'ing sucks.

My ITBS pain (not to be confused with IBS, which is funny, cuz ya know, that's kinda my M.O.) reached an all-time high, or perhaps I should say an all-time low, a couple of weeks ago.  When you continually try to run through something that clearly needs strength work, and you don't do it, well, whaddya expect.  <---This is purely a factual statement for your learning pleasure.  I, OF COURSE, did not partake in this!  Liar.  Anywho, after a constant stream of a few days off, run again, a few days off, run again, I am finally taking the rest and work I need to get this fixed.

Whiner Alert --->  What sucks is that my fitness was on fire.  After Philly, I set some pretty nasty goals (nasty in the awesome sense, which really doesn't make sense, but whatever, work with me here).  I figured that if I can run a 2:58 only 11 months after expelling a mini-Mike out of my you-know-what, the sky's the limit.  I used to think I could only get so fast, but that mental block is now blocked.  I know I have a lot more in me, and it was showing over the past month.  So, could I still run Wrightsville?  Sure.  However, I don't just want to run.  I wanted to race.  I wanted to win.  So, my goals are on hold, but they aren't going anywhere.  In the meantime, I'll be here, waiting to hit the roads again, enjoying my full-of-lactose-and-dairy cheese alongside my whine.

It's probably for the best anyway.  The past two weeks in the Goff casa have gone like this:  Logan gets a cold, gives said cold to me, Logan gets the most epic of epic stomach viruses EVER, and finally (I'm hoping this is the end), I come down with a fever, ear infection, and a blown out ear drum (<--- how does that even happen?!).  If I was trying to train hard through all of this, lawwwwd, I'd be grumpcious (grumpy + vicious).

So, while unable to train, Mike (who, mind you, has stayed healthy through all of this...what!) and I have been chatting about mini-Mike number two and when might be the best time to expand the brood.  At first I thought, well, I can't run, so now is as good a time as ever, but then I was scrolling through my phone and found this (TMV Alert --->): 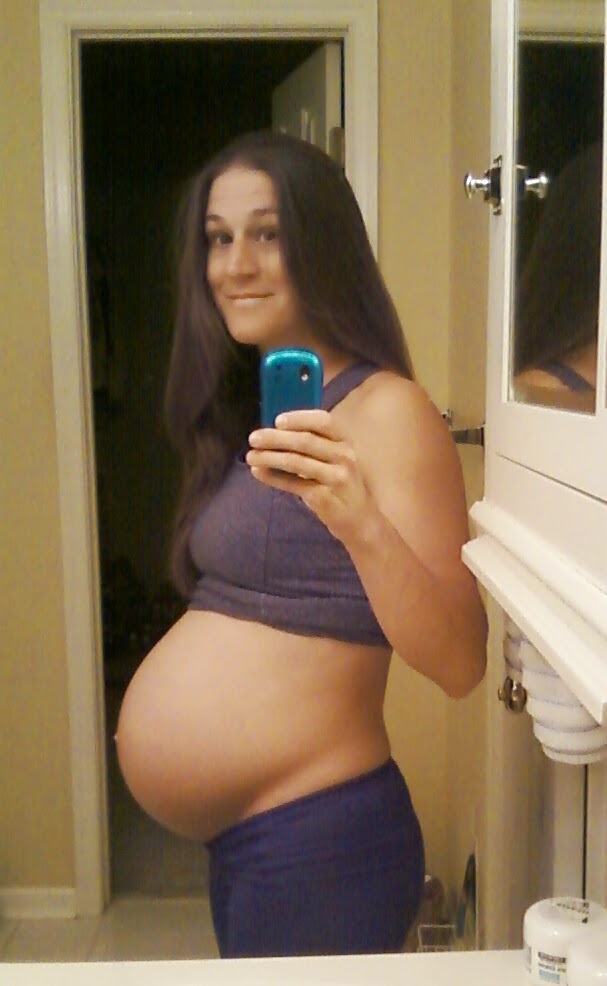 So, that's the scoop.  Once my knee is aligned with my brain and heart, it will be all systems go on these goals.  Although, who knows, if one mini-Mike brought such success, I'm not so scared anymore of what will happen after a second.  With hard work, passion, unwillingness to settle, and a little sacrifice, anything is possible! 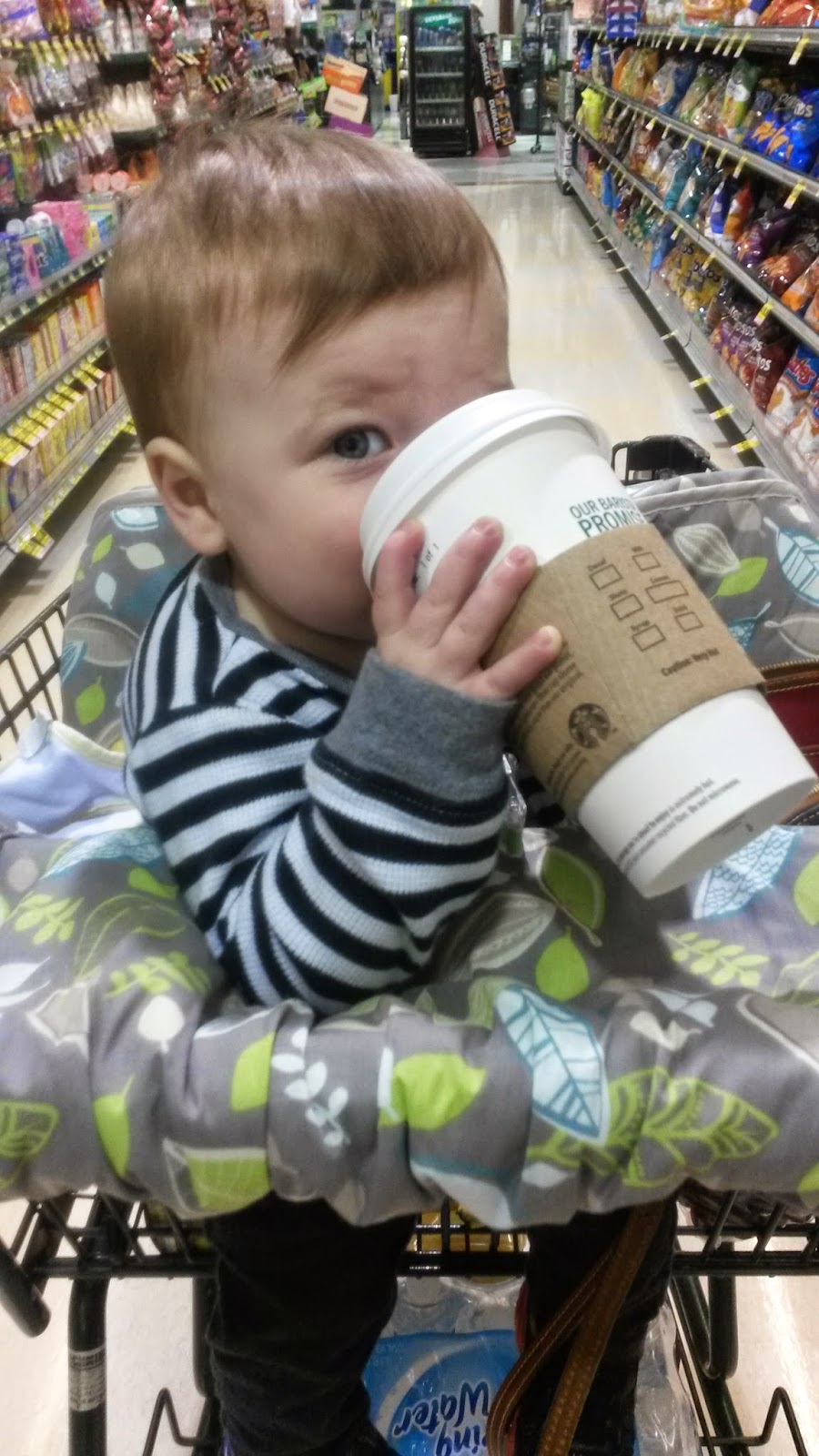 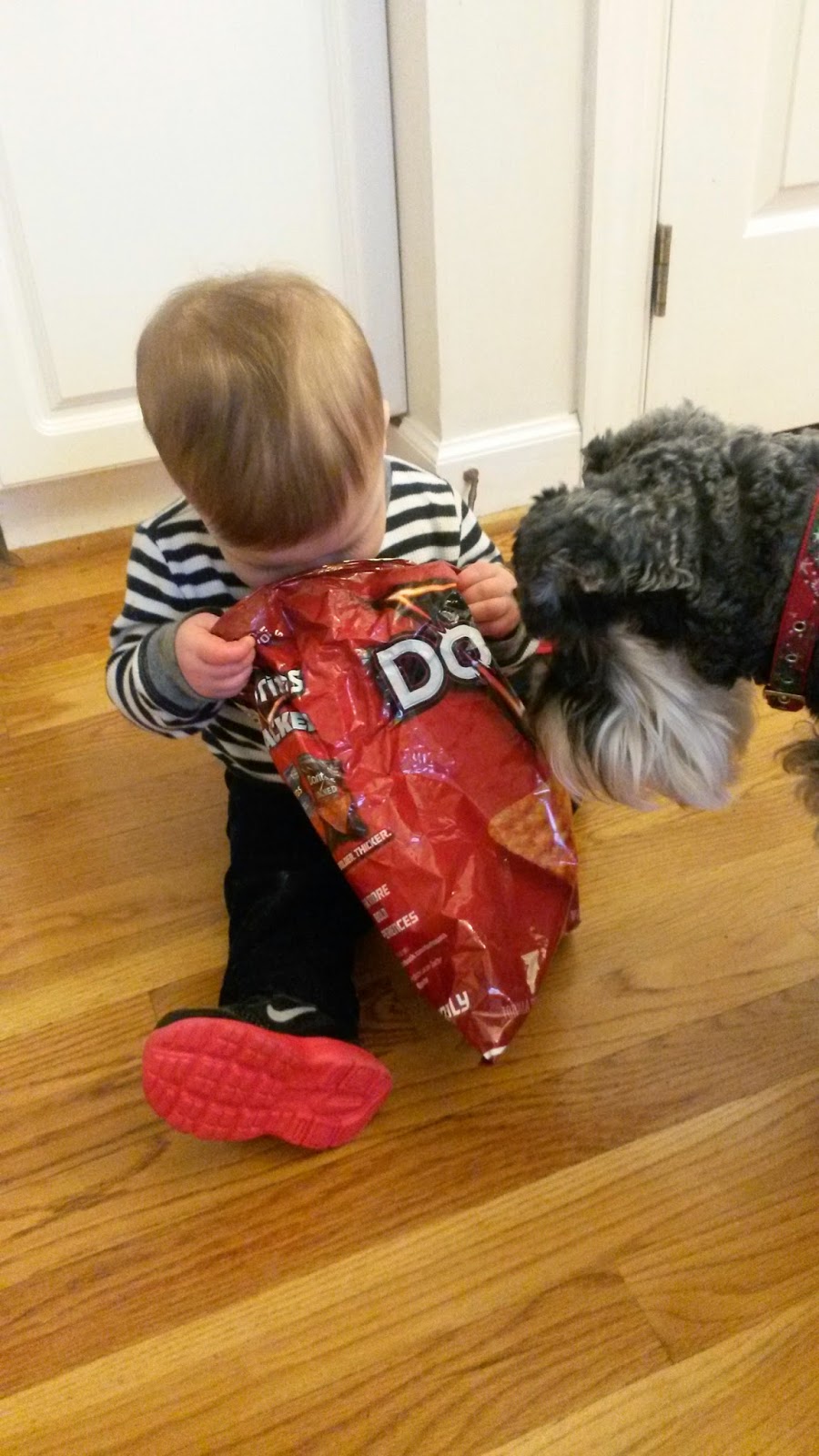 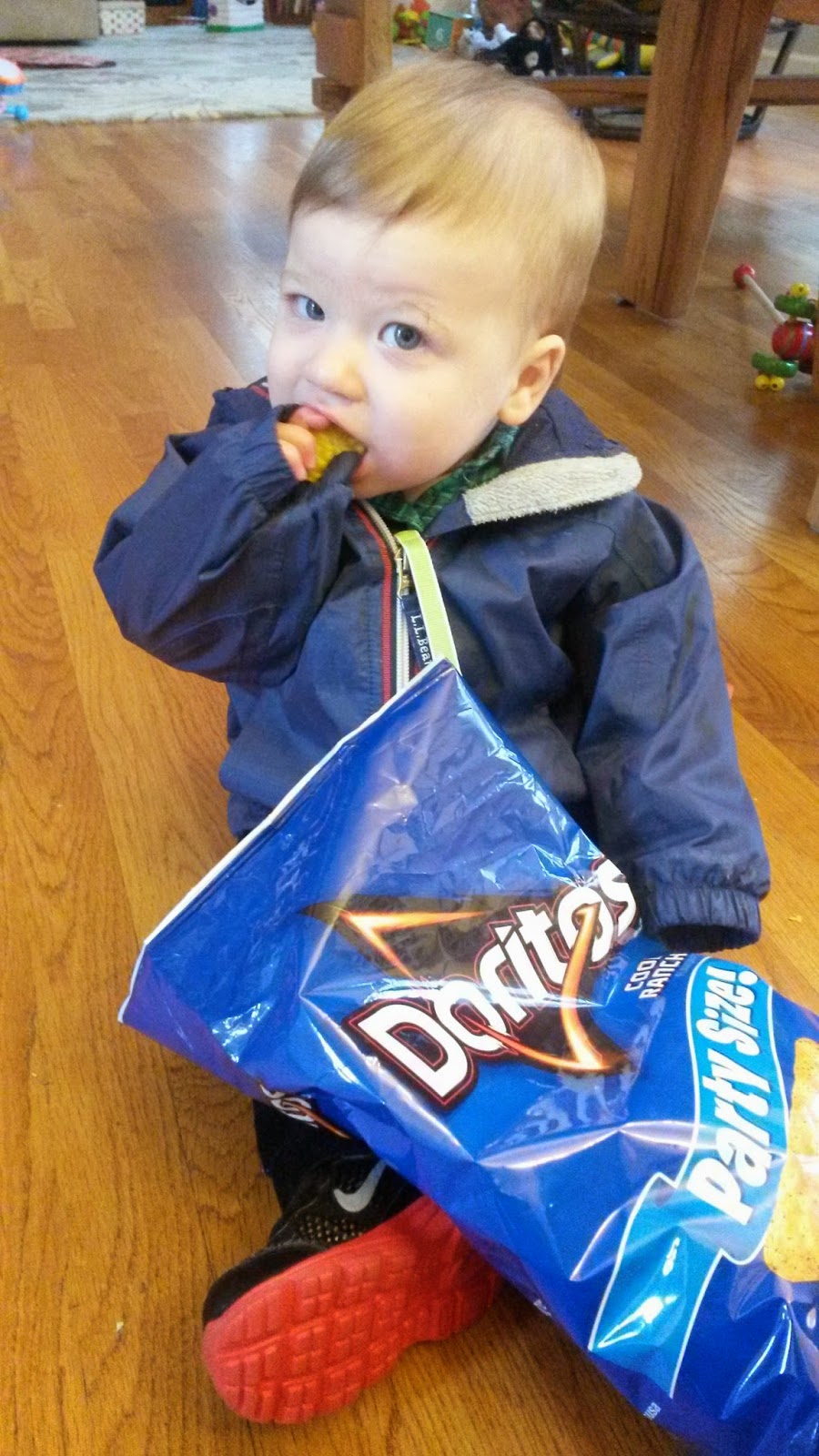 He may be a mini-Mike, but he is definitely my son too!
nom nom