Aaaand just as I sit down to start my first post in over 11 weeks, Cooper of course drops the loudest poop ever... hold up.

Mm k, now that Cooper is dry and smiling (don't lie - you smile too after you poop!), let's try this again... 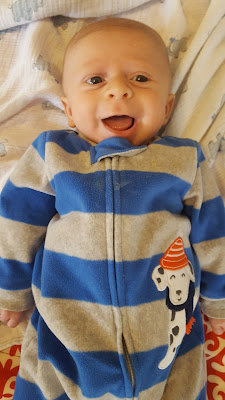 ...Cooper Reid Goff was born happy, healthy, and adorable on November 29th.   I think he looks just like me, although when I tell people this, they laugh.  Whatever.  He's a pretty cool lil' dude when he's not crying, and we're semi-coherently managing all middle-of-the-night feeds solely because of his cuteness factor.  We're excited to move forward as our lil' family of five (Zoe will always be my first baby!), especially now that...

I FEEL HUMAN AGAIN.  I'm not gonna lie, December challenged me, both emotionally and physically, almost to the point that I don't even remember the month anymore.  Between my recovery, learning Cooper's needs, just-turned-three-nager Logan being off school for three weeks, being inactive and indoors, Christmas, not sleeping, and my raging hormonal swings (i.e. lotsa irrational tears), there were moments I thought I belonged in a psych ward.  Oh, and to all the mamas on Facebook that make like everything is so perfect, which therefore makes other mamas question what the heyull they're doing wrong, can you please get real?  Because you know that after you snap 'n' post that two-second photo of your baby/toddler smiling, he/she is not smiling.  Ready, like this: 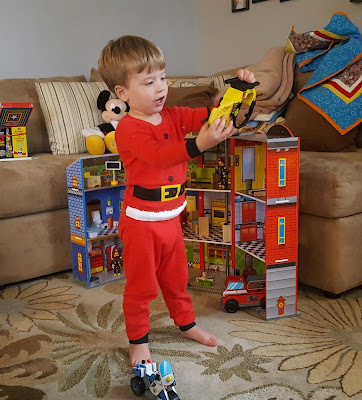 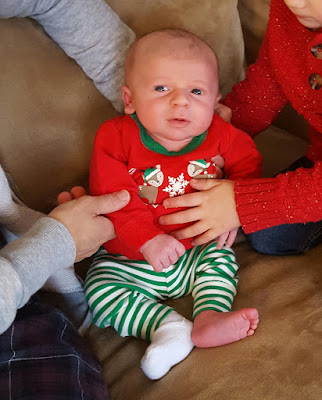 Such a peaceful Christmas elf!

Two seconds later (and not quite making the Facebook cut): 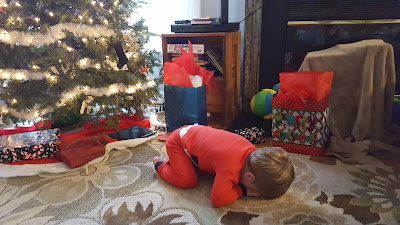 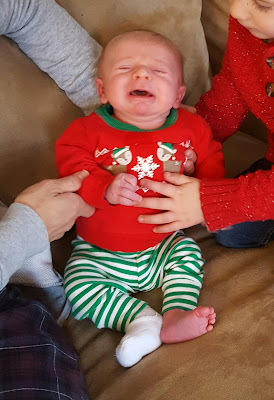 Such an angry Christmas elf!

K, thanks.  So yeah, back to feeling human again.  Now that Cooper is establishing more of a routine and is old enough to go out in public, I don't feel so "coop"ed up anymore.  Furthermore, having gotten a boob infection (better known as mastitis, or as I like to call it, masTITis), I decided to call it quits on pumping, which gives me another level of, call me selfish if you'd like, freeeeedom.  And of course, after awaiting this day for about five months, on January 10th, I went for my first run again.  HALLELUJAH!

...Day one was a 2.5 mile run.  It was only supposed to be two miles, but my cloudy brain thought that 1.25 miles out + 1.25 miles back = 2 miles.  Oh okay.  Anywho, the run felt amazing.  I mean, my lungs burned like shit, but I knew to expect that.  Having been back at it for a week now, I've gone four miles at the longest and plan to hang at this mileage for another week or so.  The good news is that I feel like I can run A LOT farther; I just don't want to compromise my comeback.  I'm keeping the effort level easy as well and am happy to be hitting under 8's in doing so.

I have a long road ahead in reaching my 2020 Olympic Trials Marathon qualifying goal, but I'm okay with that.  I'm very confident, and the training for me is the fun part anyway.  While I'm likely to race a marathon again before the end of 2017, this one will just be about being back out there (I mean, don't get me wrong, I will still race).  My focus right now is to heal from pregnancy, get my core and general strength back, and gradually return to the form I was in at the end of 2015.  Not to mention, I still have about, ohhh, 10 pounds of the 3B's (boobs, belly, 'n' butt) to shed, but that will happen in time.  The plan is that come early 2018, I will be fully targeting the OTQ standard.

Speaking of the OTQ standard, although there has been no official announcement yet from the USATF, an inside source has informed me that it will remain at 2:45:00 for women unless the actual Olympic standard eases again (the USA trials standard cannot be faster than the Olympic standard).  The qualifying window will open on September 1, 2017, and the Olympic Trials race location/date will likely not be determined until the end of 2017. 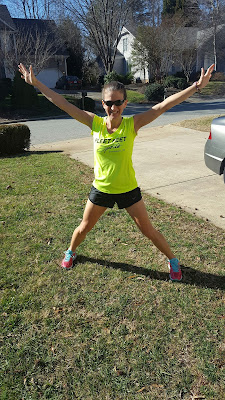