Don't try this at home:  vacationing with a toddler while pregnant and therefore unable to 1) drink wine, and 2) go out for hard runs.  Or, if you do, bring a babysitter.

Mike, Logan, and I ventured to Wrightsville Beach for the Fourth of July weekend.  Totally my idea, which was probably a stupid one.  Don't try this at home:  listening to a pregnancy-brain laden pregnant chick's ideas.

The weekend was full of toys being thrown off our third floor balcony, crayons being thrown across restaurant booths, blood-curdling screaming for no apparent reason, "no mommy sit" (I'm apparently supposed to stand at all times now), and eating meals realllly fast to ensure we actually got to eat before the tyrant sounded his alarm.  "Tyrant" is now in the running for baby boy #2's name.  "Butter Tyrant Goff" - definitely has a good ring to it.

Okay, it wasn't really that bad.  It was awesome to see the beach and especially how well Logan does in the water.  Our little dare-devil apparently has no fear diving off a pool ledge and seemed to pick up some basic swim techniques easily.  Logan just may be a triathlete in the making - and I hate to admit this - with running being his weakest link.   NOOOOOOO! 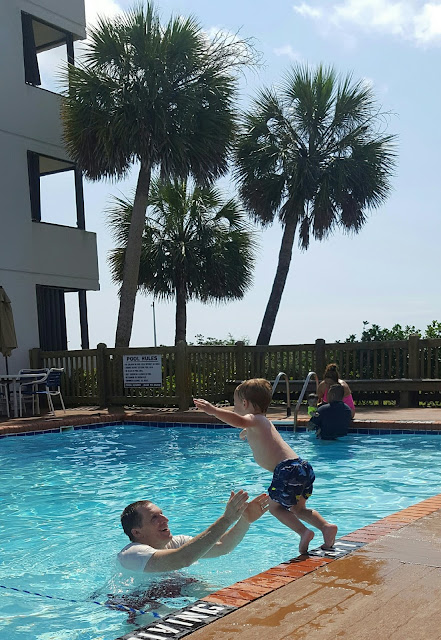 The highlight of the trip for me, probably to no surprise, was a run on the beach ...an unintended one at that.  Since the Saturday morning temp was already 80 degrees with ridiculous humidity, I didn't set out to run for fear of frying the Butter Tyrant.  Therefore, I planned a leisurely walk on the beach instead.  That afternoon, I threw on my now ill-fitting bikini and headed toward the ocean.  The sand was hot, so I ran down and realized that not only did I feel good, there was an awesome breeze coming at me.  Therefore, I kept running, taking two-minute breaks every ten minutes to douse myself in water.  Lemme tell ya... if you want people to stare at you in shock/horror, go running on the beach pregnant, barefoot, and in a bikini that does not fit properly.  I didn't care though.  I felt so good, almost Baywatch-like, except my new gargantuan, science-experiment-like boobs are actually real, and I have a gut.  I made it about five miles before realizing how blistered my feet were from the rocky beach sediment and called it a day.  Pure bliss.

At 17 weeks along (halfway according to Logan), running has become harder but is still going fairly well.  I'm running three to six miles at a time now, four to five days per week, and have slowed considerably in sticking to recovery pace effort (about 8:30).  I have more occurrences of walk breaks, mostly humidity-driven, but listening to my body is most important right now (although isn't it always!).  All-in-all, I'm 100% content with what my body is allowing me to do at this point.

In the next two weeks, we need to decide if I'm going to start weekly progesterone injections to help stave off pre-term labor.  We would of course prefer to not have another baby in the NICU but also don't like the idea of pumping my ass (literally - the injections are in the ass) with a synthetic hormone.  If we decide to do it, I anticipate running becoming even tougher, as additional hormones are guaranteed to make anyone batshit crazy.  This is NOT part of our decision-making, but I need to be prepared for what the final 20 weeks could bring.  Therefore, if you see me running down the road with a botox-looking ass (maybe I really should be on Baywatch?!) and crying simultaneously, you'll know what we decided.  I just have to keep reminding myself that this is temporary and will ALL be worth it.

Streaming the 2016 Olympic Track Trials this week has provided me motivation when getting my 12-pounds-and-growing heavier ass out the door to run at 6am feels tough.  It's a wonderful reminder to enjoy and appreciate life in the present but to always keep your eyes on the prize.  I'm coming 2020... 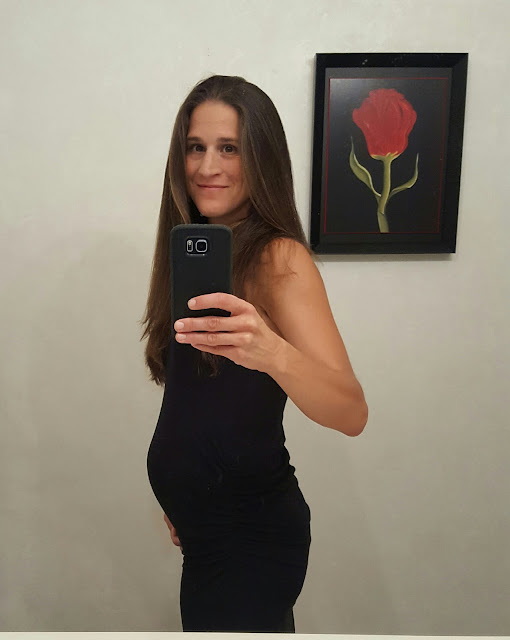 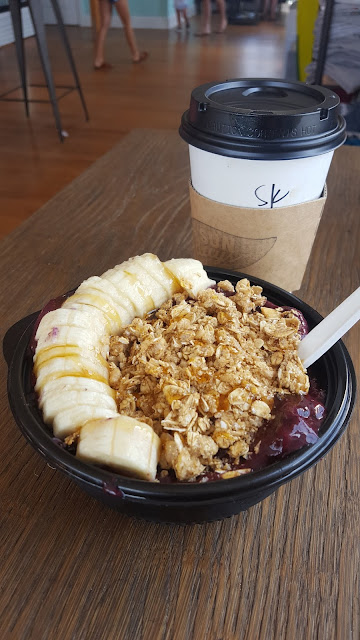 Another highlight from Wrightsville was the food (the taste, not the speed at which we ate).  This was a delicious smoothie in a bowl from Sundays Cafe, which followed a massive gouda cheese-baked bean-brown sugar-cole slaw burger from Poe's Tavern (ate it too fast to get a pic).
Posted by RunJen at 4:05 PM No comments: