Ahh yes, good ol' mile eight...just about ready for my first gel.  Apple cinnamon to be exact.  Except at mile eight of this marathon, I am eating cheese with a side of ranch dressing and blow pops, with a side of more cheese.

The first six or seven miles went off just as they should...right in that comfort zone.  I was still smiling at spectators, appreciating their "you look great!" comments, and hydrating often even though I didn't quite feel like I needed it yet.  Currently, things are getting a little tougher as I forge forward.  As I approach the half-marathon mark, I fully anticipate wanting to chuck my open ranch dressing and water at anyone that even tries to give me a compliment.  That normally doesn't happen until mile 20 or so, but hey, again, every marathon is different.

So, our baby is fat.  Completely healthy, but fat.  Yep, at our last appointment, the doctor looked at me and laughed, giving us the news.  Apparently, little Spud is on his (yes, I said his!) way to being an Olympic weightlifter instead of an Olympic runner.  I mean, he will obviously be in the Olympics, duh, but we'll just have to have a heart-to-heart soon after birth to figure out his sport of choice.  Shot put could work.

So, here are my pregnancy stats to date:

Pregnancy Gains:
* 12 pounds.  Whoa now.  If you would like to give me a consolation gift, I will gladly accept cheetos.  Not cheese puffs.  Cheetos.  Major difference.  Get it right.

* New friends.  And by friends I mean random strangers coming up to me in random places rubbing my belly.  I mean, just call me "Genie" or "Zoltar", and your wish will be granted.

* New wardrobe.  Heck yeah.  I'm rockin' these maternity threads.  Except some of my shoes no longer fit.  Not rockin' that so much.  So, maybe buy me the cheetos made with 2% milk instead of whole milk.  k, thanks.

Pregnancy Losses:
* My brain.  I drove to work a couple of weeks ago thinking all red lights were stop signs.  You do the math.  Good thing I have a short commute.

Pregnancy Scares:
* One hospital visit.  Apparently, three days of non-stop cramping is completely normal.  I mean, duh, why wouldn't it be!?  When Spud lays down horizontally, he puts pressure on my ligaments, resulting in pain.  No worries though, I figured out the solution.  Cheese dip.  Yep, if I eat cheese dip, particularly with soft pretzels, the boy sits up vertically waiting to get some.  Like mother, like son.

Pregnancy Awesomeness:
* Spud's first kicks.  Two nights ago, he was apparently contemplating the Olympic gymnastics team because he landed some incredible vaults.  Mike and I were laying in bed watching my belly go up and down underneath the sheets.  Very cool.  He obviously scored a perfect 10.

Pregnancy Running:
*Big sigh of relief coming out here*  Expectation...gone.  As I started the second trimester, I put a lot of pressure on myself.  I was going to run four days a week, with at least one of those runs being 7+ miles.  If I have confirmed anything about marathons during this one, it is that every mile really can feel different.  Strong.  Tired.  Badass.  Loo-hoo-hoo-serrrrr.  Sometimes, you just cannot plan for what the next one will bring.  So, rather than get frustrated and risk any additional stress, I let go.  After three consecutive runs of feeling like a pitiful, hurting, hot mess whose shirts no longer covered her belly, I got into my car, drove to the Quick Snack convenience store, bought a bag of cheese doritos, and ate the entire thing while staring at the gas pump contemplating how expensive gas really has become.  It was time to give my mind, body, and of course, Spud, a break.  New "plan":  run when I feel able and when I know it will be an enjoyable experience.  This means no 2014 Boston Marathon for me, but this break will only make me hungrier (if it is possible to be any hungrier than I am right now?!) to come back gangbusters.

And on that note, Spud must currently be giving Olympic diving a thought.  We'll have to work on his smoothness into the water, but for now, he scores a perfect 10 for effort... 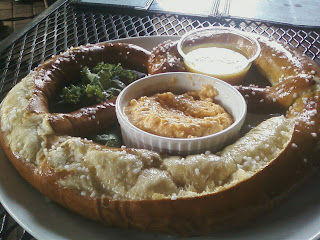 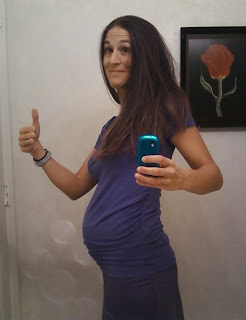