A Change of Pace

Okay, so I didn't really like it, per se, but it was fun to change things up.  Running a 5K when you are used to marathon training is, um, well, it sucks.  After my whole IT Band debacle and forgoing a spring marathon, I decided to jump in the Wrightsville Beach 5K as my first speed workout back, and hey, it turned out better than expected.  Despite wanting to kill someone at the start of mile three ("Seriously, why the F did I sign up for this?!"  <-- inner monologue), I ended up winning the women's race in 18:46.  So, yeah.  Given that this was only my second 5K in, uh, seven years (that's what marathon training will do to ya), I may try some more now. Key word = may.  Mm hmm. 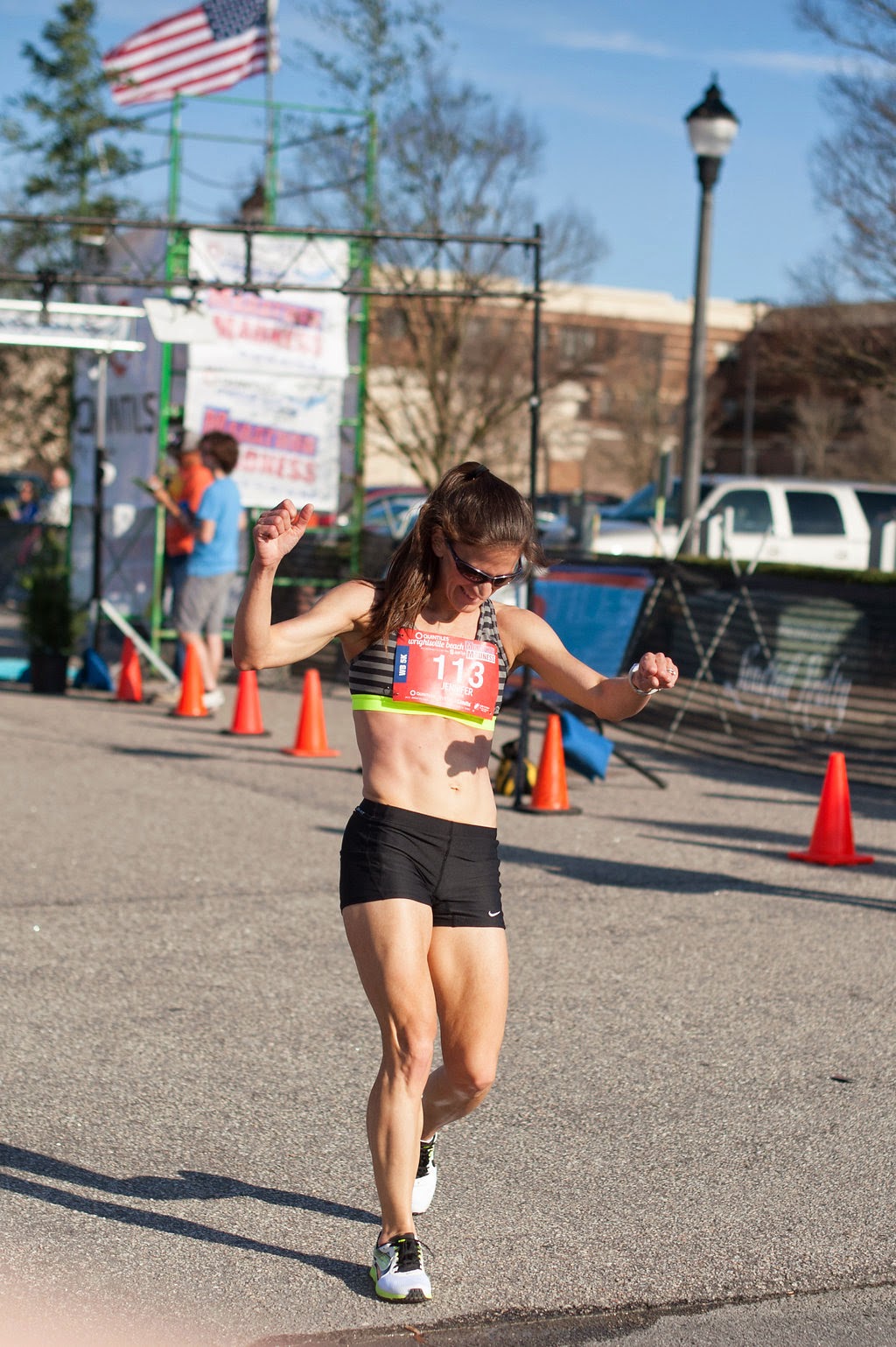 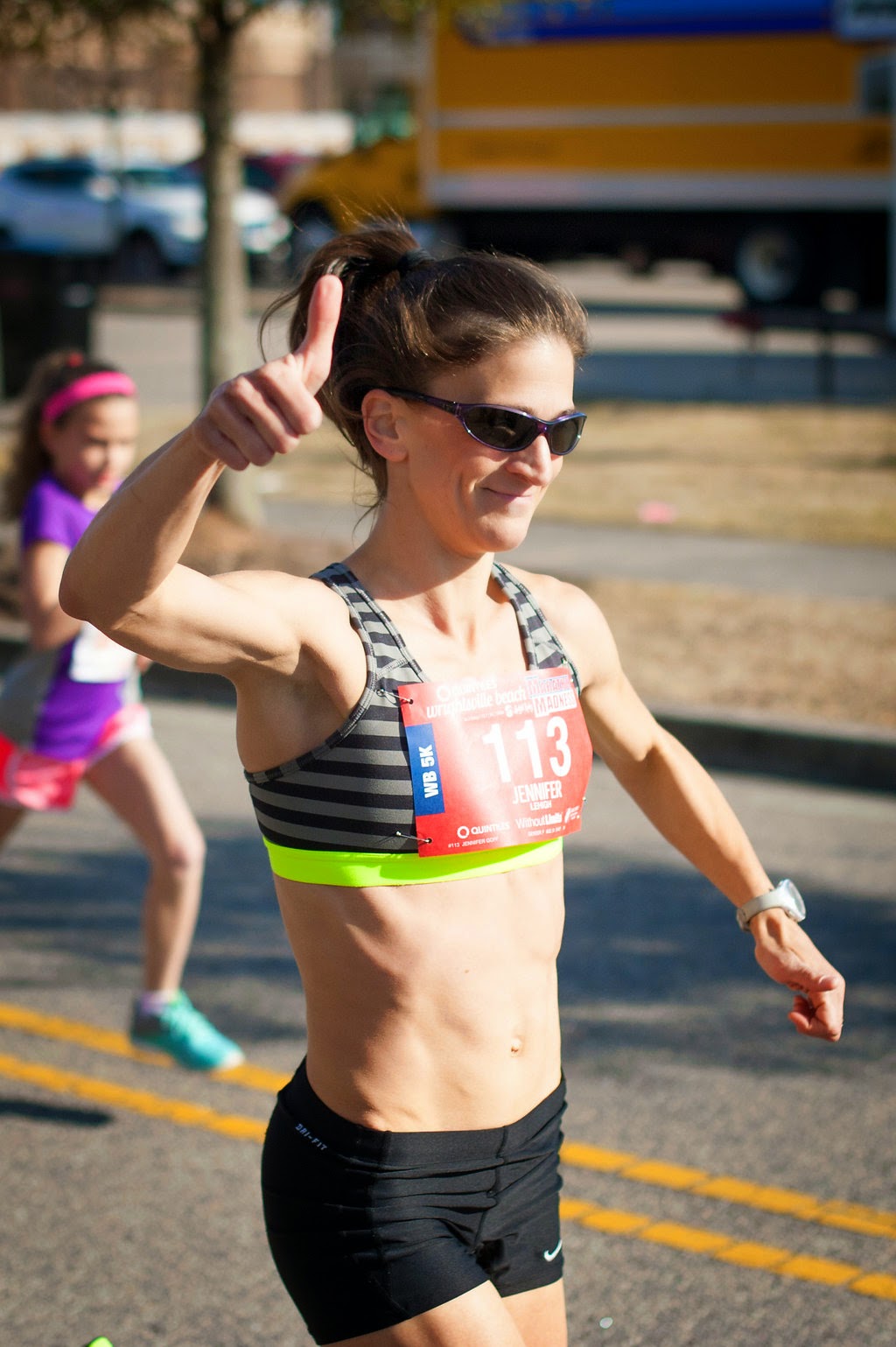 So, feeling pretty encouraged and even more so after my Streakers kicked a$$ the next day in the Wrightsville Beach Marathon and Half-Marathon, I wrote myself a training schedule for, um, myself, and off I went.  My first target was to run a fast half-marathon at either the Sunset Beach Half or Marines Historic Half on May 16th weekend.  Shizz was going awesome; I took a down week after the 5K and then had a smashing fartlek (teehee) run and 14-miler with pace work the following week.  Then came the next week, when I crushed a 10-miler with the middle five at perceived half-marathon pace.  I didn't look at my watch until I finished, and low and behold, I ran the five at 6:08 pace.  Okay, now I was feeling REALLY encouraged...

...Until the next day.  While running six miles at la-di-da recovery pace, my calf basically "popped".  No, not pooped (I know I talk about poop a lot) ...POPPED.  Why?!?  F&$% YOU, CALF! (<-- not-so-inner monologue).  After having a little pity party on the sidewalk, I ventured inside a retirement home that was thankfully right there to use a phone.  Picture the scene:  About 100 55+'ers were having lunch in their big, open common area as I, teary-eyed and clad in soaked (it was raining) neon pink shorts, neon pink compression socks, and just a sports bra, walked inside.  Some had a look of horror (women), while some had a look of delight (men).  At that moment, I realized... yyyyyep, they may or may not think someone hired a stripper for this event.  Lawd, get me out of here!!  Luckily, my best buddy lives right up the road, and she saved me.

Anywho, I was convinced my calf was torn, but after an ultrasound scan, it luckily was not.  YAY!  After seven days off from running, I am back at it again, although scaled back until cleared for anything epic.  This means no half-marathon in May, but that is okay; this is just a small blip on the run-dar screen.  My fear though is what is causing all this mess.  It turns out I still have a post-pregnancy I-pushed-too-hard hole in my stomach where my faux-hernia resides.  While the hole has gotten smaller, it's still causing instability in my pelvis, which in turn is causing instability from my waist down.  So, here is my open letter to my stomach:


So, yeah, I'll keep on all my strengthening exercises like a bada$$ mo-fo, but at the end of the day, until my stomach gets with the program, a lot of this is a waiting game and pure luck.  One thing is fo sho tho...I'm certainly NOT going to stop going after my goals.  You hear that, bitch?  I WILL win this!  k, thanks. 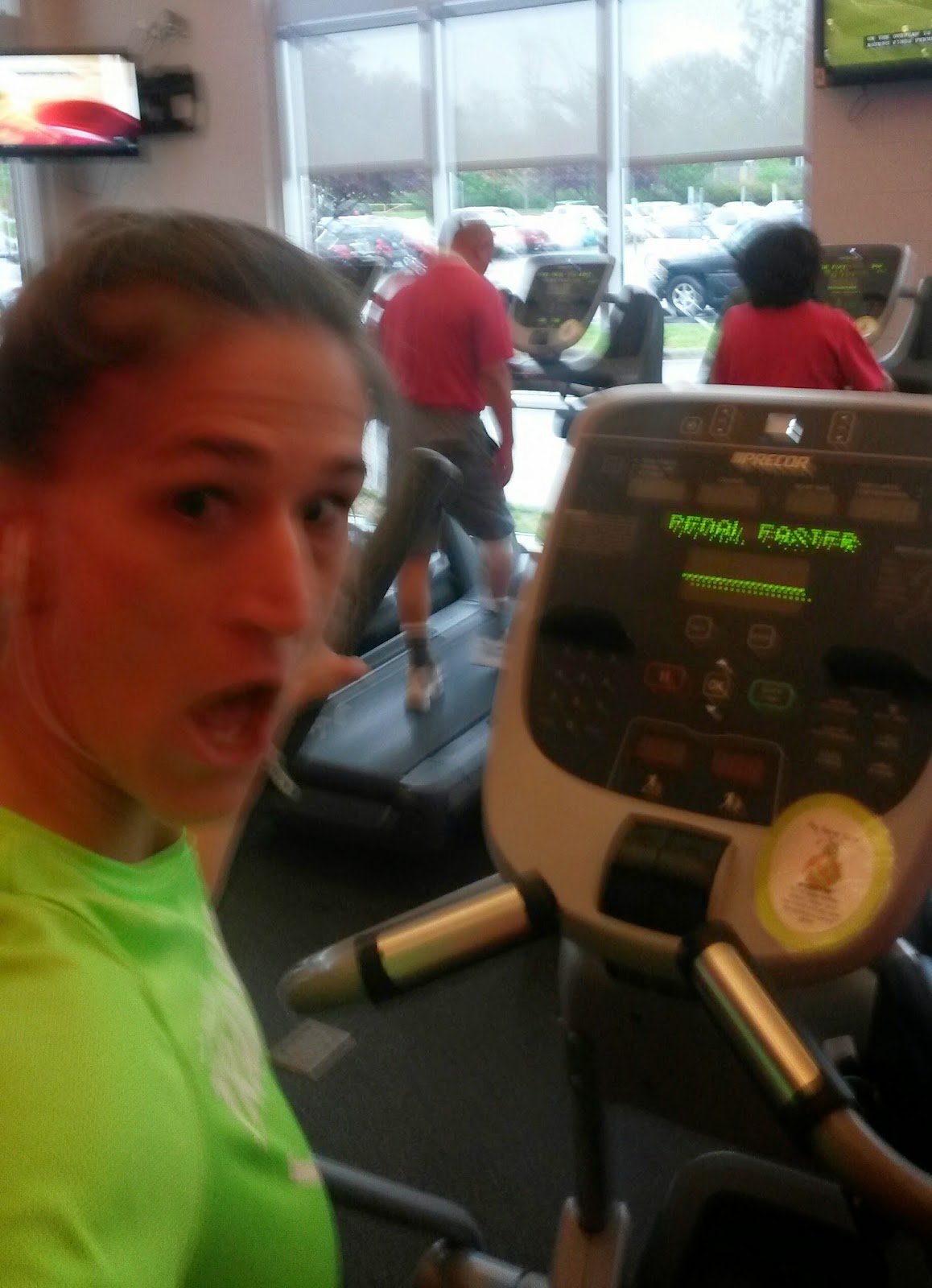 In order to combat the aforementioned boredom, I added a couple of new songs to my iPod:  Toto's Africa (channeling my inner Kenyan) and Matthew Wilder's Ain't Nothin' Gonna Break My Stride (well, except for my calf), and then I realized something.  HOLY SHIT; I'M OLD!  When did this happen?!  Did I seriously just choose oldies and forgo and judge Rihanna's Bitch Better Have My Money because the title alone is negatively influencing today's children (<-- inner monologue)?  I guess on Marathon Monday, I did turn 35 (I know, I know, you're so jealous that YOUR birthday wasn't on Marathon Monday), but yeah, I'm not so sure I like this change.  I'd rather race a 5K every day (<-- that is a lie).

Mm k, so as my newly old a$$ makes its gradual ascension back to epic-ness, here are my racing thoughts.  I'm still choosing between fall marathons.  I have an entry into the Chicago Marathon's American Development Program (sub-3:01 for women & sub-2:31 for men), but I'm also considering Savannah and Kiawah since I like both destinations and Charleston because I'm a pig and love the city's food.  I still plan to tackle a half-marathon at some point, and yeah, I'll probably do some 5Ks and 10Ks here and there.  I have goal times in my head for all these distances, but, uh, yeah, I'm not telling.  :)

All else is great.  Mike's big change is his new job!  He joined a small software development company in Winston-Salem last month and is LOVING it.  Of course, once he was hired, I immediately stalked his new colleagues online to see if any of them run/race.  What?  Is that not normal?  Whatever, the answer is YES!  Many of them do.  Ahhh, it was so meant to be.  Logan's big change is his new molar.  Yep, more teeth to eat with.  He continues to be my fat 'n' happy Mini-Mike man! 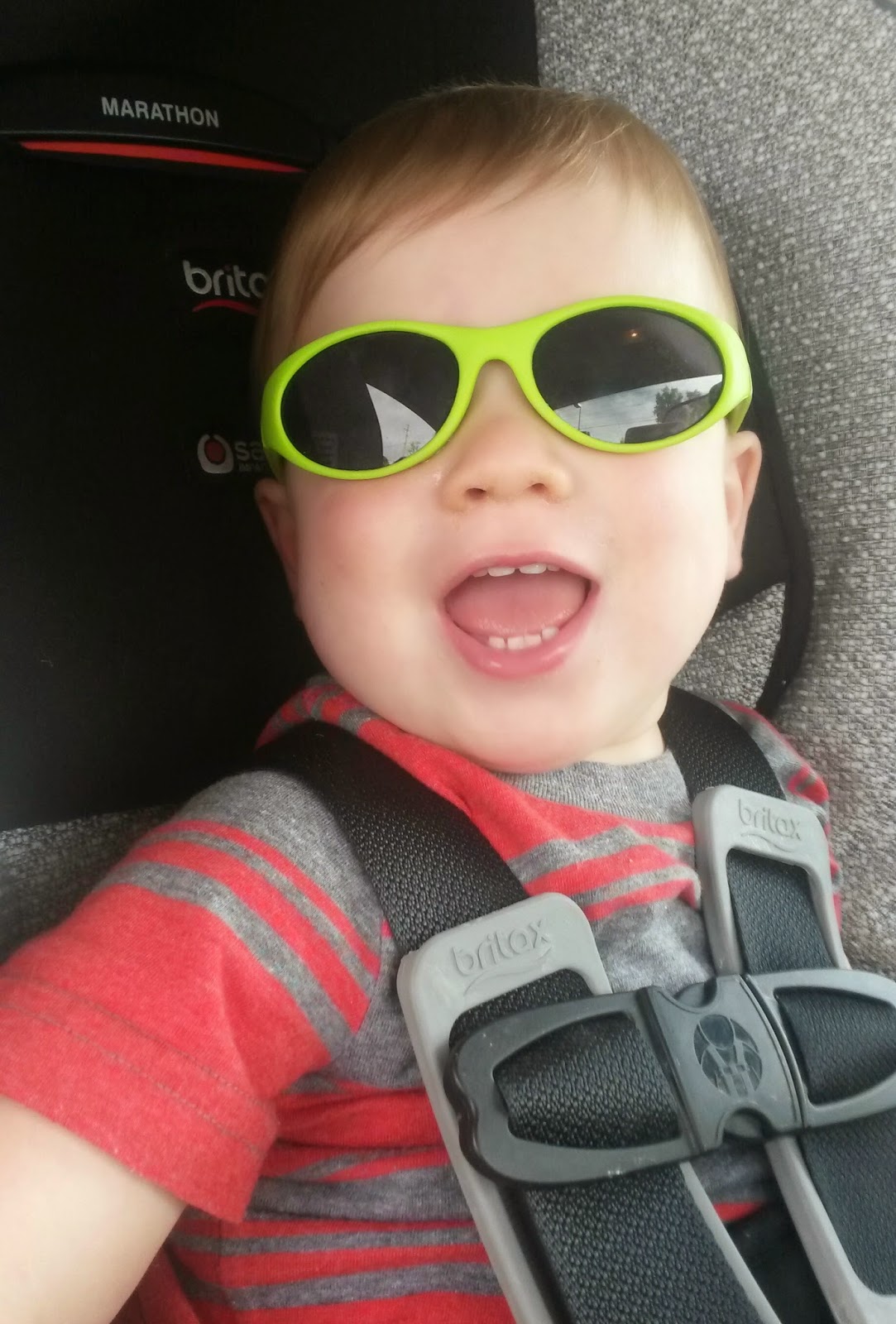 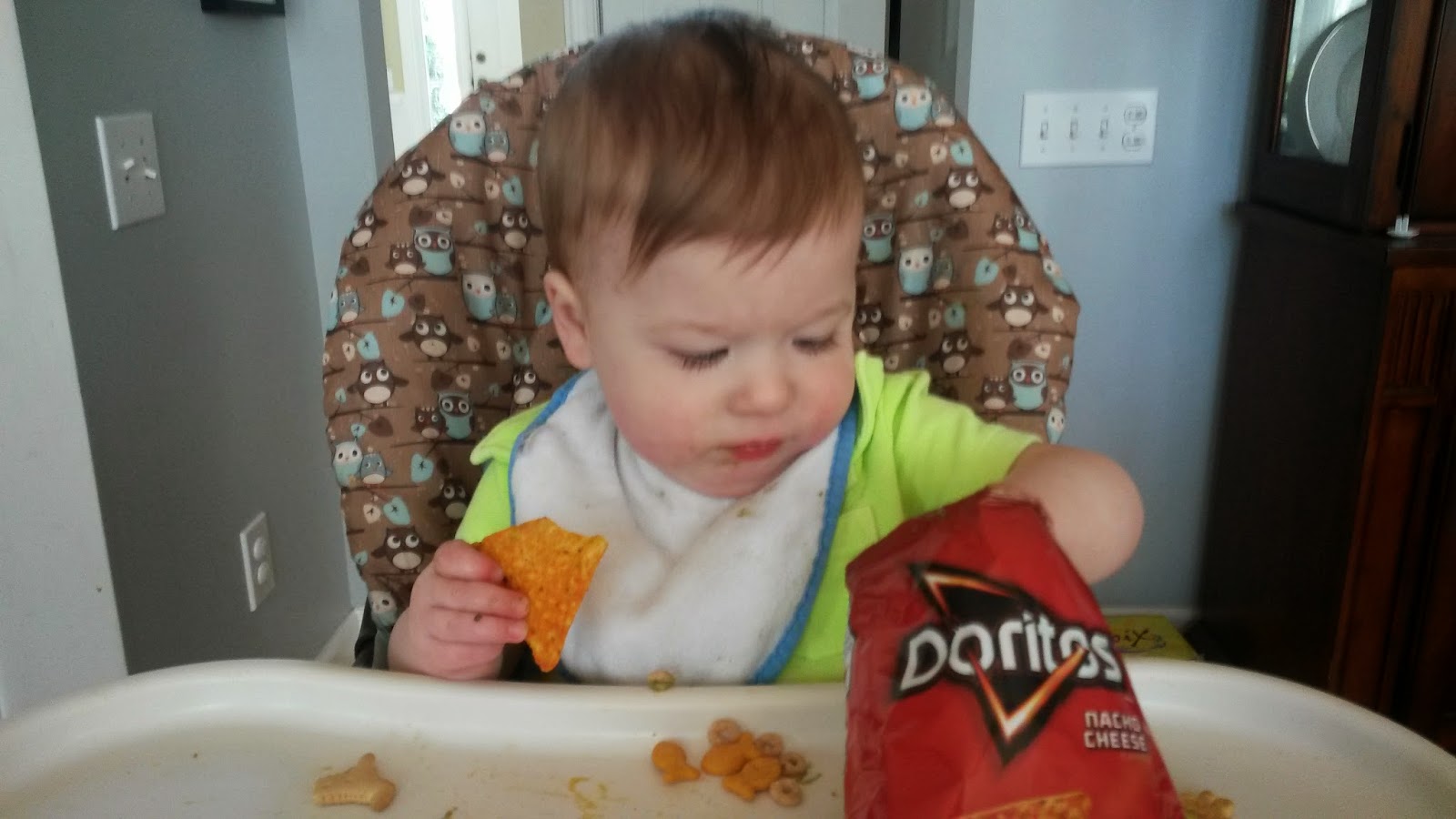